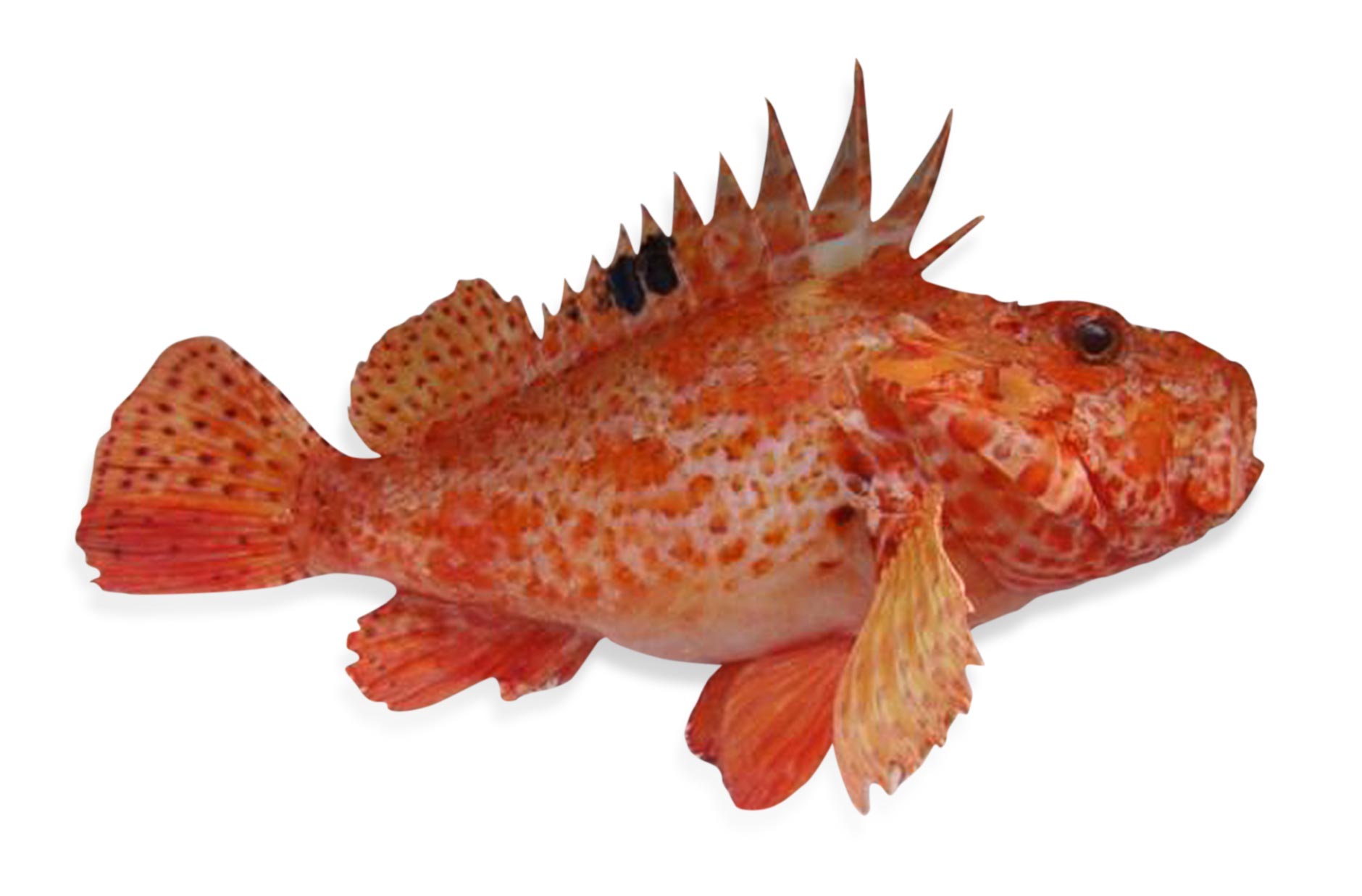 The Red Scorpion fish is a demersal species and is typically caught using demersal longlines or as by-catch in purse seine fishing.

The Red Scorpion fish is caught in small amounts throughout the year. It is not a target-species so it is caught while fishing for other demersal species.

Scorpion fish are poisonous! The Red Scorpion fish can paralyse its prey using its venom. Great care must be taken when cleaning and filleting Scorpion fish - if you cut your hand with one of the dorsal spines be sure to get it checked out by a physician as the venom can cause quite a swelling if left untreated.

Red Scorpion fish is a slow maturing demersal species, quite high in the food chain. It is non-migratory and is caught using demersal longlines and purse seines. It is also caught by spear-fishers and, illegally, by scuba divers. The Maltese stock is yet unassessed, however it is not an abundant species.

Since it is caught as by-catch and not a target species it is recommended that you Eat in Moderation. We recommend the mature Ċippulazza over the juvenileSkorfna Ħamra, especially larger specimens, since these would be fully mature and given the chance to spawn. Remember it is illegal to buy fish from recreational fishers such as spearfishers and it is illegal for spearfishers to use scuba gear!