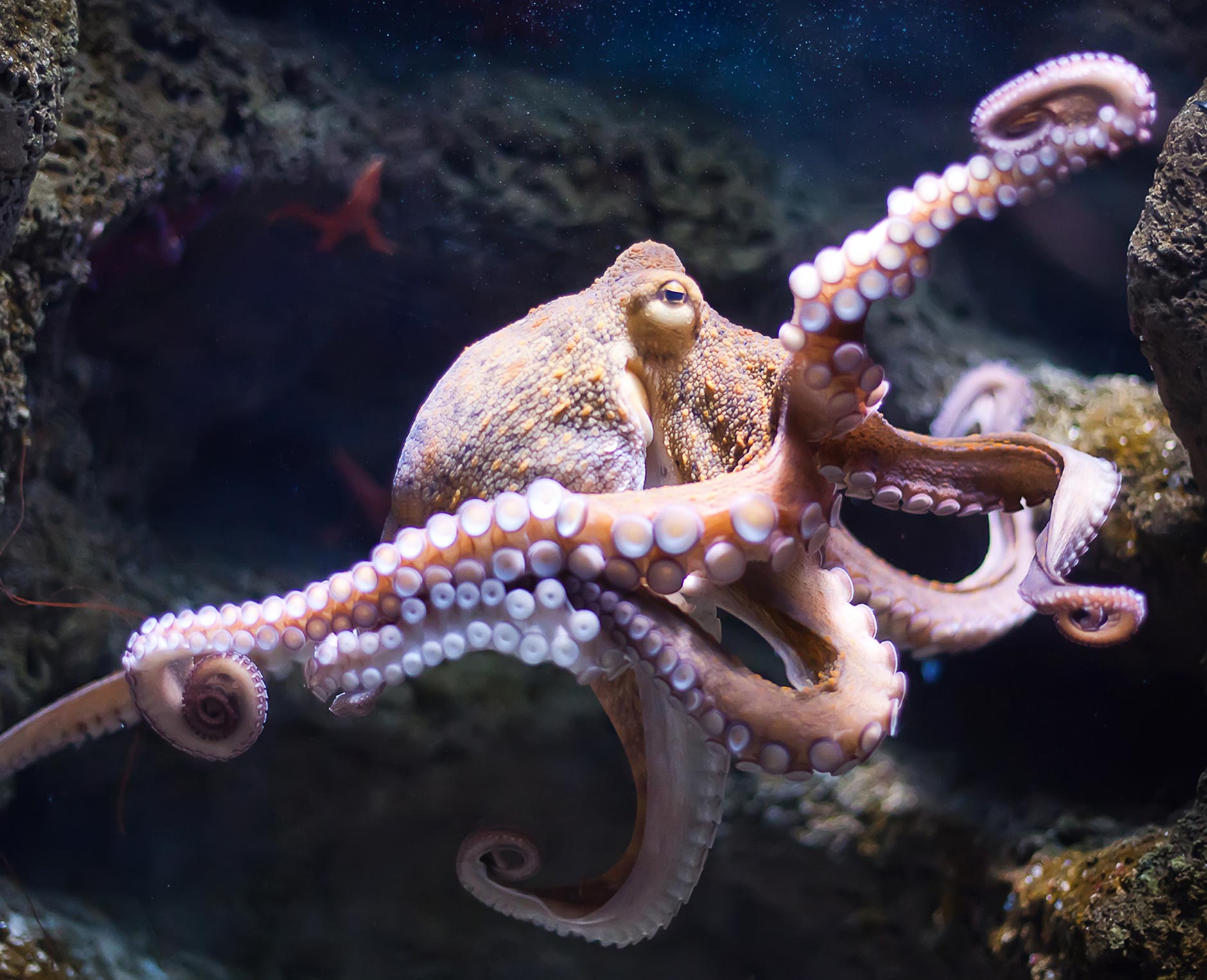 In Malta (as well as other Mediterranean countries like Spain) they are generally caught using pots.

Octopus can be found all year round however a large number of octopus available for purchase in Malta is actually imported.

The octopus is able to change colour to blend in with its surroundings, and is able to jump upon any unwary prey that strays across its path.

The octopus has 3 hearts

The common octopus is in trouble in most parts of the world and would usually be given a red (avoid) rating. In many Mediterranean countries such as Spain and Malta the situation is slightly better mainly due to the fact that it is caught using methods like pots. Therefore if you are buying imported octopus try and choose octopus which is caught using sustainable methods such as pots or hand line. However we believe that buying local is a better alternative.Very little data is available about how the octopus responds to fishing pressures and many divers and fishermen would argue that they’ve seen a heavy decline in octopus numbers over the years.